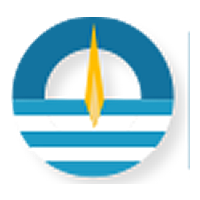 Fats Domino has passed. May he rest in peace.

Music Legend Fats Domino has died, may he rest in peace. The rest of us are not resting, living under the dark shadows of Trump 24/7!
Before he passed, Fats managed to post one last comment about the election of Donald Trump as President of the United States saying, “Ain’t that a shame! You’re the one to blame!” #FatsDomino #Aintthatashame
Category: The Opponent

Most people think that because I make Obama Watches I probably support the President on every issue. I don’t. Nevertheless I wholeheartedly support Obama/Biden, not Romney/Ryan.

Why? First of all, I believe that only one person is truly experienced enough to “run the country” for 4 years. That person is the current President, the only one who has had on-the-job training. It takes 4 years and granted, some mistakes, to know what America needs for the next 4 years.

Romney, to me, is so out of touch with ordinary Americans that I think he’d be a disastrous president. He reminds me of the first President Bush who saw a bar code years after most people in America knew what it was, but he had no idea what it was for. Or his son, the other President Bush, who responded to hurricane Katrina two days after most Americans would have sent in help.

Now I do believe in less government which is more a Republican idea than a Democrat one and I think we should start by firing our do nothing Senators and Congressmen/women. What a waste of time, money and opportunity most of them are! I am sure there are some conscientious lawmakers, but I’m ashamed of how both parties fail to act in America’s interest time and again.

Of course, you can’t ignore the fact that Republicans were anti-anything and everything Obama from Day 1. I get the feeling that even if they agreed with Obama they still insist on blocking his every move, appointment and legislative idea.

Of course, the Republicans idea of “less government” would solely benefit business interests. They’d get rid of every regulation including the ones that were put on the books to protect consumers from “Business Gone Wild”.

They’d eliminate the Environmental Protection Agency and the Department of Education two less than perfect entities than still do a lot of good.

Women’s rights and gay rights would be set back too.

So, I support the President’s re-election because I think he’s the best man for the job.

And I have another reason for supporting Obama/Biden over Romney/Ryan.

OK, which is true? Did President Obama buy Obama for President watches or did Mitt Romney recently buy Twitter followers. Well, we know one is true and we’re not sure about the other one.

We’re sure President Obama didn’t buy any Obama Watches because he doesn’t have to. As the President of Obama Watches, I personally handed then-Senator Barack Obama 5 Obama Watches in 2008 at the request of the Democratic National Committee. And if he wanted more, I’d be happy to give them to him.

The huge jump in Twitter followers was noticed by Zach Green who runs 140elect.com, a Web site that monitors social media activity in politics. It is possible that someone other than Mitt Romney’s campaign may have purchased the Twitter followers to embarrass Romney. But then again, Romney has proved time and again he doesn’t need any help embarrassing himself.

And to be fair, the Romney campaign said they didn’t purchase any Twitter followers and they’ve reached out to Twitter to figure out who purchased the Tweetsters.

One reason there may be truth to the report that presidential candidate Romney purchased Twitter followers is that the billionaires supporting Romney’s campaign were instrumental in getting the Supreme Court to change campaign finance regulations so organization could form political action committee and hide the millions of dollars they contribute to the campaign.

So while we don’t know yet for sure that Romney’s campaign purchased 140,000 Twitter followers, we do know they are doing all they can to buy the election. And that’s something worth Tweeting about.