Every Obama Watch (except for FlipWatches we made in 2008) comes with a Lifetime Limited Warranty from Image Watches, Inc., the watch manufacturer. In 2008, when we first sold Obama Watches, less than 1% were returned.

What, you say? Romney won’t pick his Vice Presidential candidate until the Republican Convention in August. We can still guarantee Obama Watches are more trustworthy than whatever knucklehead he’ll pick! Hey, we’re talking about the Republicans, remember? Those are the same jamokes who thought Sarah Palin should be a heartbeat from the President! 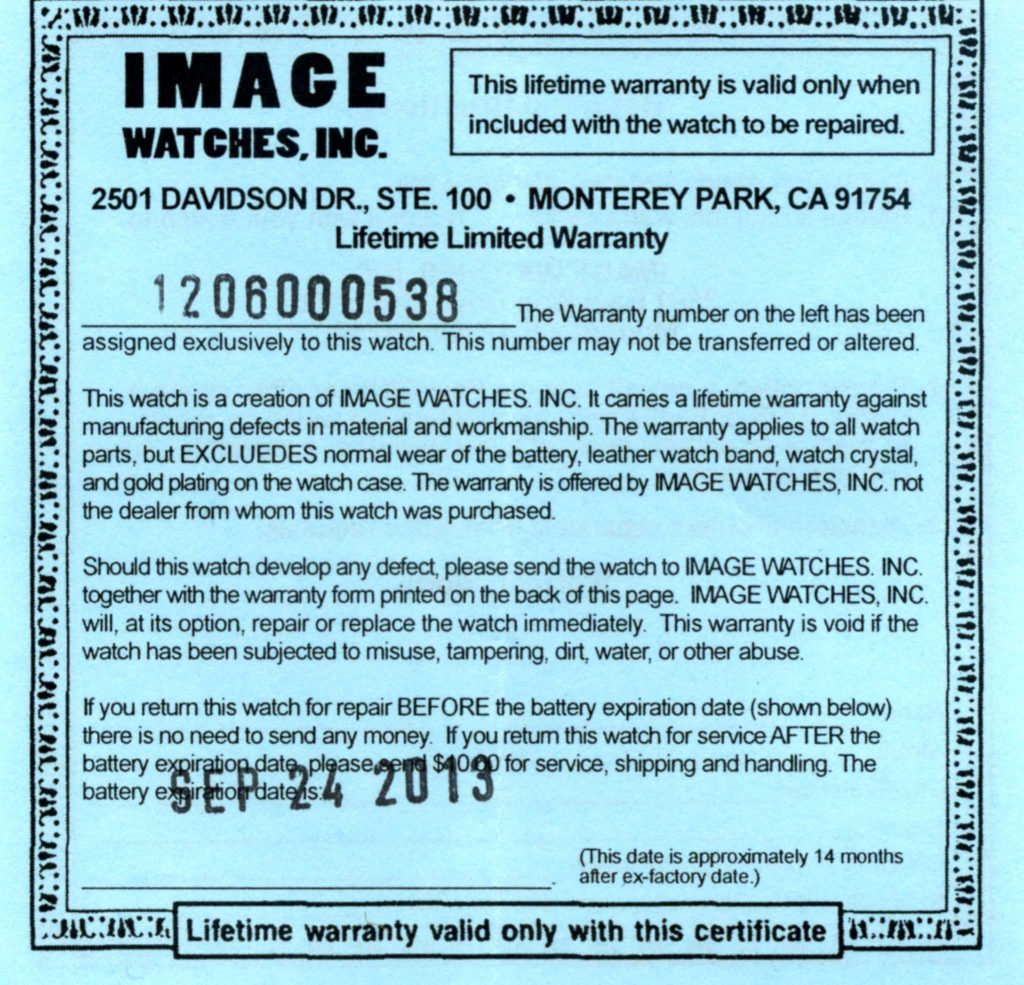