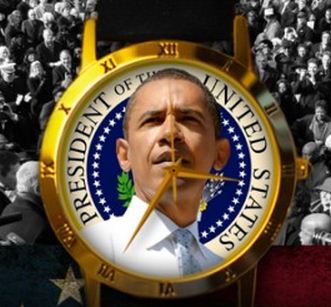 One week before the second Inauguration of America’s 44th President, Barack Obama, the 2013 Inaugural Obama Watch went on sale with a limited production run of only 1,000 watches. For the first time since 2001, the Inaugural watch will be sold only online, according to ObamaWatches.com, the company making the political collectible.

The 2009 Inaugural watch, offered at 16 venues throughout DC during the Inauguration, and they sold our before noon on Inauguration Day.